Why do old people drive buicks? 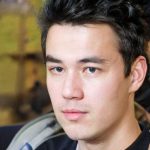 The Buick is sometimes considered the nation's least cool car. They’ve had their place in history seen in the classic trio – the Cadillac, Lincoln and Buick. But to many people, this isn’t a trio they feel enthusiastic about. The Cadillac is the classic cushy American grandpa car. The Lincoln had style "back in the day", but the stereotype is that they are conservative and not a lot of fun.

What about the Buick?Well, the Buick has been around for a long time and remained an unfashionable option for both sexes for most of the years. Buick dominated sales for middle aged and older folks. Now, Buick has begun to change its image on the car front, but it still has an image problem amongst the elderly.

Why do old people drive buicks?

This is an interesting question and it may hold a brief answer for you: older people (like many others) want to be comfortable and many find that Buicks are very comfortable.

Buicks, as well as Oldsmobiles, started out as cars for older people. The styling of the vehicle is less sleek and it is therefore assumed to be less exciting to people under 25.